I generally don’t give much sway to my dreams however I woke one morning, not long ago, troubled by a dream in which I was walking on a path along a pleasant, sandy shoreline when gradually, the path began to narrow then suddenly it disappeared. As I looked around there was water as far as I could see on my right and in front of me it snuggled up close to the towering cliff on my left. My claustrophobia kicked in and  I began to feel very anxious.

I turned quickly to take the path back however it had become narrow as well and the cliff now was stretching out over the water.The path had also become rocky and difficult to navigate.

The obstacles in front of me seemed insurmountable and I feared going forward.  The narrow, rocky path going back was very difficult at  best.  My fear of water and heights kept me from going forward and my fear of the pain and difficulty I might experience on the path behind me kept me from going back. I felt trapped. Anxiety became all out panic and I woke with a start.

I was grateful to be awake and realize it was only a dream but later as I began my morning routine I still felt restless and even a little anxious. I couldn’t get the dream out of my head.

In preparation for my morning devotions my thoughts drifted back to the path in the dream. I suddenly realized how similar it was to the path I was on in my life lately. The anxiety and panic in the dream was similar to what I had been feeling all to often these days.

My husband and I had been sensing God’s call for us to relocate to Macon, Georgia to serve for a year at Hephzibah Children’s Home and to be part of a new church plant in Macon. We had worked at the children’s home for years but only for a couple of weeks each year. This time it would be for a year.

We had already begun preparations two years before because God impressed on us that a change was coming and we needed to get out of debt. We sold our home and found a rental house. We paid off our credit cards and did some major downsizing. We signed a lease for one year on the rental feeling we would have time to pray about what God had in mind for us. During that year God made it clear that we were to go to Macon. Though I wanted to go and was excited about the possibility of being part of these ministries the thought of being so far from family, especially our grandchildren, had kept me from making the commitment and taking those final steps of faith I needed to take.

The year was up, the lease was up and it was decision time! Taking the path forward would mean leaving our family and friends and most of our belongings 950 miles behind not knowing for sure what all would be waiting for us in Georgia or what would happen at the end of that year. But to stay would mean taking a painful path back of starting over from scratch.  I knew I would always wonder what could have happened if we had gone.

In the dream I had focused on the obstacles and fear kept me from going in either direction. I began to understand that I had to look past the obstacles and move forward, trusting God for whatever lie ahead. I also  realized that to refuse and turn back would be to live in fear of moving forward as well as to live in defeat. As I looked past what I saw as obstacles on the path it became clear. I had waited on God for direction, He had given me confirmation and now He had made it clear that I should take the next step in moving forward. God would give me a place to put my foot now and for the next step after that when I needed it. I needed only to stayed focused on Him.

We have been in Georgia for almost four months now and we certainly miss our family, but  are in contact with them regularly. God has blessed us to be able to go home for a visit already and we will also be able to go home for Thanksgiving and Christmas and return to finish our year commitment after the holidays. The blessings we receive as we serve the Children’s Home and the Church are more than we could have imagined.

None of the things I feared came to pass. We haven’t missed a thing we sold or left behind, except our kids of course! 🙂  And we are actually planning on down-sizing even more in the future when we return home.

Yes, there was so much more beyond the end of the path that was visible!

What path are you on?

What obstacle do you see that keep you from moving forward?

What struggle would you face by going back or not moving at all?

Look up my friend! Look up!

God is ready and waiting to clear the path for you to take that next important step that will put you in the center of His will. 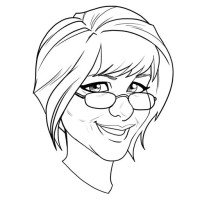 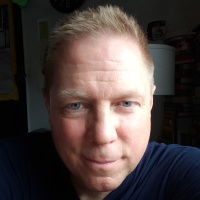